In the symposium, Res. Asst. Kesgin made a presentation named “New Media Politics Between Israel and Turkey: Deconstruction of Israel Blog and Israel in Turkey Facebook Page”.

“I Brought Criticism for Right Points”

Talking about symposium’s benefits for himself Res. Asst. Çeçen stated that it was vital to follow different speakers from communication and said: “It was a precious experience for me to meet different academician from different universities. My study’s appreciation became a serious motivation for my next studies.”

Conveying his opinions about “Best Paper” award Res. Asst. Çeçen, stating that he was in a fear because he had criticized very important academician Entman’s significant Cascading Activation Model, said: “I think that I dominate technical literature and I brought criticism for the right points. So I can say that I was expecting this award. And my study may be a touchstone for the ones who want to study about international communication and foreign news. 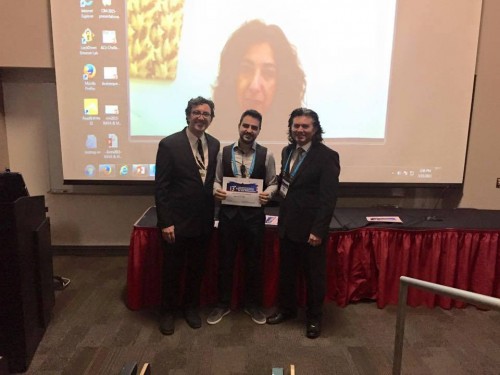