First one of the “Turkish Culture in Altai” themed conferences organised by İstanbul University (İU) History Department, History Research Center held at İstanbul University Council Room. Conference’s guest Akay Kine, wore his traditional clothes before starting his speech. Kine said that the one who invited him there, should clothe the guest himself and a white-bearded man should place the hat to guest. 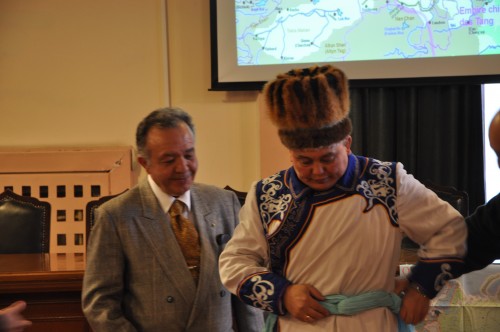 Kine who starts his speech with wishing soundness to everyone, ‘esenlik’ in Turkish, said that the word ‘esenlik’ is the salutation word of Turkish world. Saying that the word ‘Turkish’ was taught us wrongly, “It is said that Turk, Turkish in English, means warrior, strong. However Turk comes from ‘Cürk’. Cürek means heart, ‘yürek’ in Turkish; Turk means the one walking with his heart” said Kine. 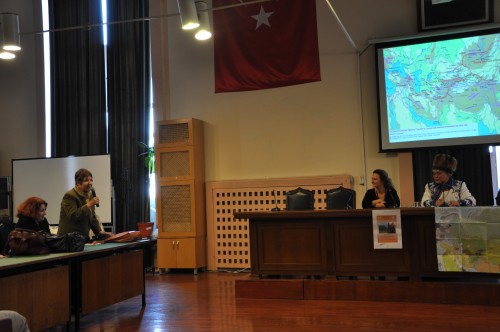 Saying that Atatürk was born as a hero in Anatolia after numarous Turkish heroes in Central Asia, Kine continued his speech: “Atatürk reveal a symbol again which was vanished once and said ‘You are Turk’. This is why your ancestors called him Atatürk. The ones who did not follow his symbol but other symbols were broken. But the ones who followed the symbol Atatürk showed became a society with one name, one thought, one hear and one way.”