Organized with the collaboration of İstanbul University Institute of Turkic Studies and Institute of Yunus Emre, Turkic Studies talks this month hosted Prof. Dr. Erik J. Zürcher who is faculty member at Holland Leiden University Turkish Studies Deparment. Held on Monday, March 16, participation was high at the talk. Prof. Zürcher talked about establishment steps of the party, purpose of establishment and skeleton crew which is decision mechanism of the party by saying that “Party of Union and Progress was actually established for a struggle in Macedonia and therefore Union and Progress Movement has Macedonian birth certificate.” 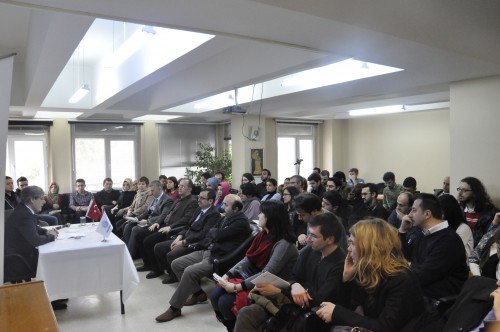 Giving anecdotes frequently, Prof. Zürcher stated about the skeleton crew of the party that “Even if so many people joined in the party after incidents in July of 1908, the crew which creates the core were the ones who joined before 1980. Likewise they create the core of this movement. Back then composed of maximum two thousand people and almost quarter thousands of it from Selanik, this group’s especially the top decision mechanism is no more than a couple dozen of people.” 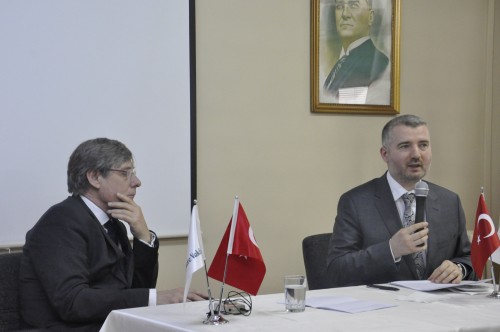 After Prof. Zürcher’s English presentation, Turkish summary of the speech text was made.