Gökhan Bulut was born in Adana in 1991. He graduated from Çukurova University , Department of Primary School Teaching in 2013. After his graduation, for a short period of time, he tutored. Afterwards, he was assigned to a school in Van-Erciş as a primary school teacher by the Ministry of Education.

“Being a Teacher Was My Childhood Dream”

Bulut explained his loyalty for children and for his job by these words: “ Being a teacher was my dream during my childhood as I have compassion towards them. I am pleased where I am now because working in east or west of Turkey doesn’t bother me. Being together with children is amazing because they are naive and innocent.” 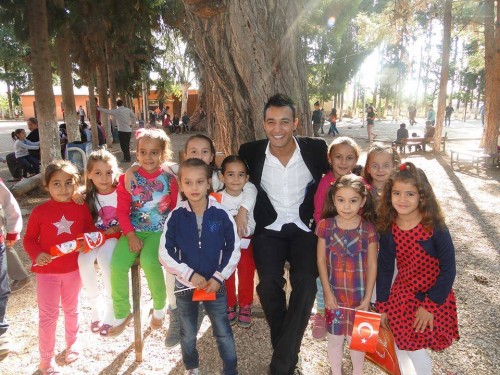 “Not Only Teaching Based On Curriculum But Also Teaching Humanity”

“Being a teacher is teaching with compassion.” says Bulut. He indicates that education doesn’t base itself on curriculum teaching but at first, it bases itself on teaching humanity. On the other hand, he states that due to the harsh weather conditions during winter, the education at school gets harder. He says, “For the ones who want to be a teacher; I can frankly say that if you do that job candidly, being a teacher is an amazing job.” 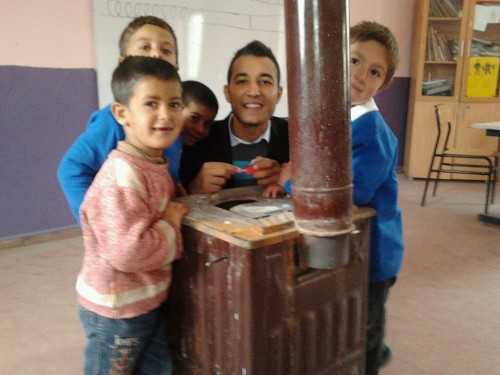 “The story of the photo is different what people suppose about it. They thought I bought clothes for him then, made him happy which supposition was wrong. On the first day of school, he wanted me to give him permission to go out of the classroom to drink water. I let him go but he didn’t come back to class later on. I understood from that event, he had fear of school. On the following day, I encouraged him by saying some motivational words since that day, he has been coming to school happier. This gain is nothing more than happiness to me.” he says.

He states “I didn’t think this photo would spread so much and I didn’t do it on that purpose. If you have a look at my previous photos, you will see that the photos are shared with passion. I am proud of this circumstance because I receive wonderful messages and I am proud that I have become an epitomy to everyone.”