Turkey’s first women’s work library was founded in 1989, at a historical building in Fener. Library was constituted by courtesy of Füsun Yaraş, Füsun Akatlı, Aslı Davaz, Şirin Tekeli, Jale Baysal with the intention of collecting some documents which are marginalized, untidy and in the dark . The foundation which aims to make women visible from being invisible and make their voices audible from being inaudible will celebrate its silver anniversary.

Library’s which is home to a lot of researchers both domestic and foreign and is a research center, Board Chairwoman Assoc. Prof. Dr Işıl Baş, said “This place is priceless source of information about women. There are researchers who comes from abroad for their gender works as well. Students and teacherscan study here making their researches.” 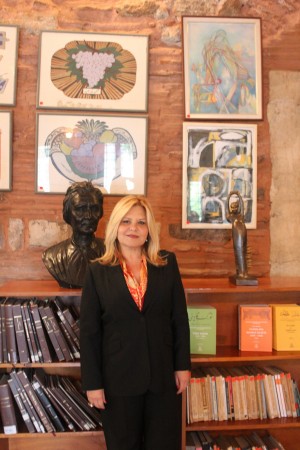 From Art Center to Research Center

Assoc. Prof. Dr Işıl Baş who told that library allowed lots of social works in the early years said “In the first ten years, we gaved education to women living in Balat within the bounds of possibility. We were helping children for their lessons. There was a place that women could invest their savings. It was an art centre as well. We held musical recitals, exhibitions. But it is not possible to make these physically. This place became an research center because of lack of space.” Library involves every kind of book, article, thesis and personalarchive related women. Besides prominent women in society donate their personal archieves, bibliopoles give support giving book and document. In addition to these, some projects are designed about women movements. With these projects, library’s economical requirements are compensated.

Library is managed with volunteer work. Assoc. Prof. Dr Işıl Baş who indicated that students can also take charge in here voluntarily said, “Generally, students who studies librarianship in university come and help us. We want our young friends to sustain here for their own future.” 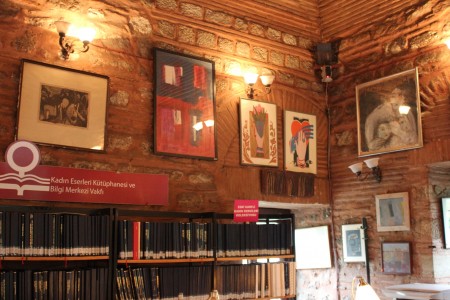 All Kinds of Informations About Women

Assoc. Prof. Dr Işıl Baş who expressed that under favour of archive in library, they discover new things each passing day gave some information about archive saying “We learned that women first accepted medical faculties in 1843, Armenian women movements, women first took part in census in 1882 thanks to this archive. In our archive, it is possible to reach all kinds of historical information from Ottoman Turkish woman magazines to woman movements. We also learned existence of the first woman society in history in the light of library’s information.”

“Aşk-ı Vatan” which was written by Zafer Hanım who wrote novels previously than Fatma Aliye whom we know as the first woman author takes part in the library which has a detailed, rich archieve. So, it indicates that there are historical secrets waiting to be come to light.