“The Best is Bicycle”

Environmental consciousness is a global and importance given subject. Starting his words about the works in this field by saying “Cycling is itself is conservationist act”, Yılmaz said that “So we can define all of our works as a way to protect environment. When we cycle, we do not pollute like vehicles burning fossil fuels, we do not make a noise, we occupy lesser space.”

Talking about health benefits of cycling, Yılmaz made a comment that “It is the most efficient vehicle for individual transportation ever invented. There is no other vehicle which is environment-friendly and enables to move fast at the same time.

Underlining the social projects they did as a club, Yılmaz spoke that “One of the important social projects we ever did was to send aid material to citizens who are damaged because of the earthquake in Van. Another project was to cycle in İÜ Avcılar Campus with two-seat tandem bicycles to make visually injured students or citizens experience cycling. 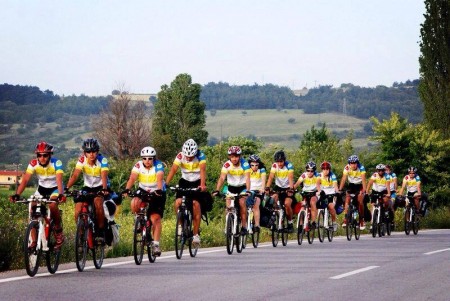 “We Organize Tours to Büyükada and Çanakkale”

Giving the information that club was founded in 2009, Yılmaz stated that they organized tours in 2010. Saying that “Some of our tours might be limited to İÜ students. Because sources of these tours can be supplied with economic or ocular supports of university.” Yılmaz added to his words that tours without using university sources are open to everyone.

Pointing to that every year after the academic year started, in a month they organize Büyükada Meeting Tour, Yılmaz stated that the tour is organized in first two weeks of October. Yılmaz gave these information about the trip: “It is both open to university students and public. The reason why it is organized on the island is that there is no traffic and people who wants to cycle but does not have a bike has an opportunity to rent a bike.”

Informing about Çanakkale Tour in the context of Victory Week organizations to commemorate Çanakkale Victory, Yılmaz emphasized thet only İÜ students can participate in this tour. He ended his words by saying that more than 60 tours was organized till now.