Similar of the United Nations Security Council’s session which was held for Syria, was held representatively in Istanbul with university students.

As a part of 4th Crime & Punishment Film Festival, United Nations Security Council session organized by Istanbul University Faculty of Law. In “The Responsibility to Protect and The Situation in Syria” titled session held in Rabi Madrasah in Fatih Suleymaniye, student participated the session as invited countries’ delegations.

The event which is a part of the programme of Model United Nations (MUN) which is an education simulation represented United Nations, organized by the cooperation of Istanbul University and Freie Universitat Berlin. 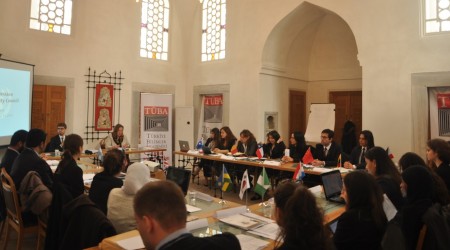 They Learn Diplomacy by Applying

Students who had been preparing for this session since last September, gained experience about process of international cooperation, different aspects of diplomacy, techniques of negotiation and contrary opinions between member of United Nations thanks to this programme.