One of the most important eye problems of premature babies “retinopaty of prematurity”, is a disease which damages the retina of the babies and which can end in blindness. Prof. Dr. Hüseyin Yetik succeeded %100 in his struggle with “retinopaty of prematurity” with a medicine that is used for bowel cancer. Injection visualisation technique that is Prof. Dr. Hüseyin Yetik’s own invention, has been added to the literature under the name of “Dr. Hüseyin Yetik’s Digital Visualisation System”
“We Represent Our University in World’s League of Universities with Success”
IU Rector Prof. Dr. Mahmut Ak congratulated Prof. Dr. Hüseyin Yetik for bringing this technique to international literature and said: “Our university represents Turkey in worlds league of universities with success and we continue to show our difference in international scientific field. This method implemented by Prof. Dr. Hüseyin Yetik has made us all proud. Istanbul University makes its name by its contributions to our nation as well as actualised projects, important scientific works and its success on the fields of medicine and health. As Istanbul University we take place in 7 of the 8 different international classifications and thus we prove our worth. And we owe this to our academics who make us proud with their academic studies like Prof. Dr. Hüseyin Yetik.”
“The Treatment Should be in Compliance with the Phases”
Prof. Dr. Hüseyin Yetik made a statement about retinopaty of prematurity as follows: “Premature means for a baby to be born after a gestation period of less than the normal time. Even a normal baby’s retina is not fully completed therefore a premature baby borns with an imperfect retina and deficient sight. And we name the retina which has not yet gained this imperfect sight and exposed to some problems resulting its development to go wrong during the development process as retinopaty of prematurity or in short ‘ROP disease’.
Prof. Dr. Yetik said that the first medical examination date changes according to the total sum of the baby’s delivery week and the time span of the baby’s actual birth time onwards, and he continued: “The baby should be 31 weeks old, for example, we examine a baby who was born in its 26th week after 5 weeks and a baby who was born in its 25th week after 6 weeks.”
Prof. Dr. Hüseyin Yetik said that during the diagnosis and treatment of the disease the phases are important, and he also stated: “There are phases in which the disease requires special treatment or it can get better without any treatment. After the first screening treatment, the baby’s patient follow-up protocol changes according to symptoms we found in this first treatment. According to the importance of the symptoms we can call the babies for their treatment in one week, one month or even in six months. The disease is still categorised according to the quantity (Zone) and the degree (Phase) of the disease and there are 3 zones and 5 phases. According to the disease’s phase, the patient is followed up or treated. There are stages as 1st, 2nd, 3rd, 4th, 5th phases, advancing from light-to-heavy. We start the treatment in 3rd phase, when the retina vascularisation develops a new abnormal pathological characteristic.” 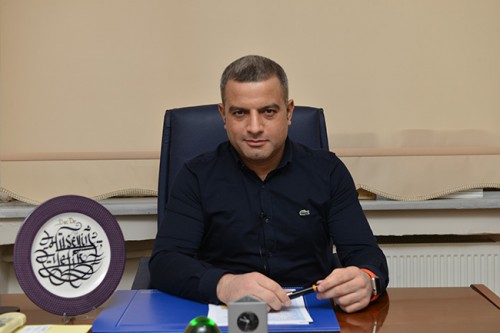 “It is Possible to Get an Almost Normal Retina”
Prof. Dr. Yetik declared a piece of information about the treatment modality which has been asserted previously: At first, we burn the veinless retinal layer, its practical meaning, we accept that the patient’s visual field becomes narrower than it should be. Secondly, we try to take control by burning these veins becoming abnormal. We consent a sum of loss with the purpose of getting the retina which progresses until this time. As for this treatment, we inject a medicine into the eyes and we provide the disappearance of all the veins, which become abnormal, with the help of this injection. In this time, body lays again its healthy veins upon the retina layer and brings them to maturity since we provide normally the disappearance of abnormal veins. Six months, one year or even four years after the treatment, we do not face even the littlest evidence showing that the patient has had rop ( retinopaty of prematurity). We can get an almost normal retina.
“Prof. Dr. Hüseyin Yetik’s Intravitreal Injection Technique”
Prof. Dr. Hüseyin Yetik identified injection visualization technique which is his own invention by these words: ‘Medicine injection into eyes is a practice that has been started many years ago. I identified an injection technique with the help of the experiences that I gained from premature children. The injection practice which is called ‘Prof. Dr. Hüseyin Yetik’s Intravitreal Injection Technique’ was accepted to broadcast as a film and video which we recorded also the scene showing the entering of injection into eyes, occuring of injection’s tip into intraocular space and how the medicine spread into eyes. Currently, in the website of Springer press, the video of this technique is being presented to the subscribers as broadcast. Our colleagues can also watch this technique as the one that we have identified. Especially, reporting the situation of premature children’s retinas before and after the treatment to the parents and explaining with medicolegal is very important.’
Prof. Dr. Hüseyin Yetik said: This device, supported by TUBITAK and also making three different operations into the eyes of premature child, has taken part in literature as ‘Dr. Hüseyin Yetik’s Digital Visualization System’. This device which took support from The Ministry of Health and The Unity of State Hospitals residing in Ankara has passed into history as the first different visualization system. He also indicated that making used this device as rutin practice and making wide spread it in hospitals is an important stage.
“I am Proud of Being a Member of Istanbul University”
Prof. Dr. Yetik who contributes crucially to the literature said: ‘Our university has two medical faculties and it is very important in international level. I am very proud of being a member of Istanbul University. This is a relay race. Our precious teachers have raised us and I want us to leave good things to the next generation. If we make something for doing our duty of loyalty to both our university and our teachers who contribute to our growths and be an incentive example for the next generation, we are pleased.
Article: Sibil GÜLÜSTANYAN
Translation: Merve Ceren Eroğlu – İrem Yaşar
IU Department of Press and Public Relations