Bio-smuggling defined as unauthorized collecting of plants, insects and animals from nature and exporting them, and IU Faculty of Forestry, Department of Forest Engineering academic member Asst. Prof. Dr. Vedat Beşkardeş commented on bio-smuggling’s effects on nature and ecosystem.

Asst. Prof. Dr. Vedat Beşkardeş said that a lot of species are in danger of extinction in today’s world because of the growth of the cities and industry, and he also added that the collecting of creatures for different purposes and exporting them without permission can negatively affect bio-diversity and even endanger endemic plants and animal species to go extinct. 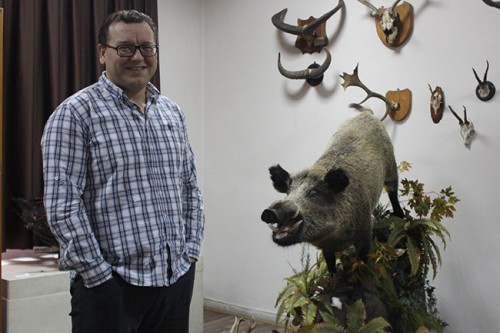 “Especially Endemic Species are in Danger”

Mentioning the effects of bio-smuggling to the nature Asst. Prof. Dr. Beşkardeş said: “Bio-smuggling can cause some of the species which are in danger of extinction to actually go extinct. Especially one particular species we unwittingly wipe away from existence may be a cure for a lot of diseases in the future, which we are not able to cure at the present time. Unfortunately we are not aware of this. This perspective is with regard to humankind. When we look at it from the point of ecosystem, we cause a serious destruction. The number of species we destroyed in last 100 years is more than the number of species had become extinct in 1000 years with natural causes.” Remarking rare and endemic species, Asst. Prof. Dr. Beşkardeş emphasized that the exposure of these species to bio-smuggling threatens their generations.

“We Should Become Conscious Against Bio-smuggling”

Many plant and animal species are smuggled for medical purposes as well as for hobby or commercial purposes by collectors.

Stating that it is not easy to detect bio-smuggling, Asst. Prof. Dr. Beşkardeş said especially the village headmen and people who live in the country should be careful about this matter. Specially while transporting to overseas; it is almost impossible to detect little species by X-Rays. Customhouses should also watch out for such cases. Asst. Prof. Dr. Beşkardeş mentioned that they emphasize this matter in conferences they participate and by saying that raising awareness is important in this struggle, he continued: “We will continue to raise awareness. We have to tell everyone and everywhere that it is forbidden to collect species without permission and there is always a chance of smuggling to overseas.”

Emphasizing Turkey’s importance for bio-diversity, Asst. Prof. Dr. Beşkardeş said: “Turkey is important for that reason that there are approximately ten thousand plant taxons in Turkey and one third of this is endemic. Turkey is in the middle of Europe

Siberia, Iran-Turan and Mediterranean phytogeographical regions, therefore its bio-diversity is excessive. This diversity is also reflected on animal species.”

Mostly Insects and Butterflies are Smuggled

Species which are exposed to bio-smuggling mostly are insects and butterflies and after that comes plants, birds, reptiles, frogs and mollusks. Apart from these, leech, snails and scorpions, which are backboneless animals and used in medical areas, are among most smuggled species. For birds, smuggling is common for predatory animals such as hawks and falcons. While smuggling is not seen for mammals, they are exposed to bloodletting for medical experiments.

Asst. Prof. Dr. Beşkardeş mentioned Rhino beetle, which has been subject to the media recently, and added; “People started gathering it because it makes a lot of money. It is also an example of bio-smuggling. It had never been mentioned but then it started to be caught. It has no money value; it was not something to be sold.”

Mentioning the economical side of bio-smuggling, Asst. Prof. Dr. Beşkardeş said that “It is thought that today money spent for bio-smuggling around the world is about 30-100 billion dollars. Of course, for this illegally rhino horns, and ivory hunting and selling and buying of turtle shells, illegal fish hunting and illegal forestry activities are also included. When it comes to our country; our plant and animals species which belongs to our country are smuggled overseas without permission, the smuggler does not pay from the money he or she receives and if he or she starts breeding that kind in his or her country, they do not pay any royalty rate from what they earn. And this means stealing from national wealth.”

Struggle Started in the Year of 2013

In order to work legally with plant and animal species, one has to get permission from Directorate of Nature Conservation and National Parks. For strolling of bio-smuggling, Directorate of Nature Conservation and National Parks, Gendarme, Law Enforces and village headmen all work together. When it comes to law dimension of bio-smuggling, Law of Misdemeanor is looked at and to take criminal actions, they are served with fine according to the deeds of The Law of The Jungle, Law on Environment, Law of Land Hunting. Apart from these, there is no enforcement. Also, person or persons might not pay any fine after they go overseas. For the receipt of penalty, there are works in Directorate of Nature Conservation and National Parks.