We discussed the problems of street animals, legistlative regulations on this matter and the points to consider on animal care at home with IU Faculty of Veterinary, Pathology Department Academic Member Assoc. Dr. Funda Yıldırım. 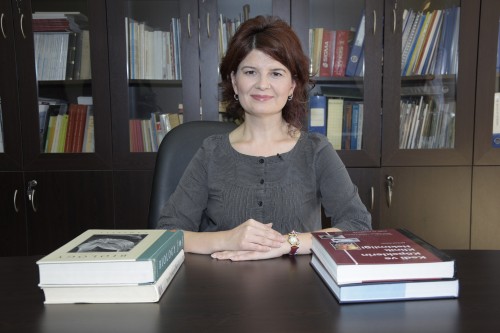 Talking about the significant improvements on animal rehabilitation of local administrations over the past 10-20 years, Assoc. Dr. Yıldırım said, “Street animals are especially a problem for cities, because natural environments of these animals are under threat due to urbanisation and therefore the areas that they can find food and shelter are limited. Grand animal shelters are built in Istanbul. Cebeci and Kısırkaya shelters of Istanbul Metropolitan Municipality are some of the shelters which have the highest capacity. As far as I know, Kısırkaya animal shelter has capacity for 20 thousand cats and dogs.”

“We Need to Find Ways of Living Together”

Saying that one of the best things people can do about street animals is to undertake the treatment of those animals, Assoc. Dr. Yıldırım continued: “We need to have the sick animals treated with the help of local authorities or associations if need be, track their vaccines and find ways of living together. Urbanisation causes us to gradually alienate from nature. I think that animals should not be disappeared from streets. Otherwise we will be alienated from nature and ourselves as well.

“Animals are Thrown Out of City”

Explaining the animal problems in Istanbul which is a developed city, Assoc. Dr. Yıldırım said: “Animals are continually thrown out of the city because of the urban transformation in Istanbul. There were rural areas in the back of Beylikdüzü and some parts of Büyükçekmece which are close to our faculty. Animals used to live as natural populations of these areas. However, these areas are now under construction and with the urban transformation, animals can find nowhere to go.”

Assoc. Dr. Yıldırım explained that the way citizen streat street animals in a country is an important tool to measure how developed it is and continued: “In the rural areas, there is no such thing as street animals. Encountering an animal in a village is the most natural thing. In Metropolitan cities, where education level is high, organization sare made easily. When we go to places where urbanization is present but these kinds of organization sare not common, we encountertarrying picture of animals being killed by the local authorities.”

“Adopted Animals are Being Abandoned in a Short Time”

Assoc. Dr. Yıldırım made statements about adopting street animals as, “Eventhough I can’t give an exact number about the level of adoption, we know that it is very low. People should be made conscious through awareness projects. Moreover, the state should have a policy towards people who adopt a certain number of cats and dogs in order to encourage people to adopt.”

“Experimental Works Made Without Permission Are Considered Crime”

Assoc. Dr. Yıldırım mentioned regulations about laws on animal rights and added, “According to 2004 version of Animal Rights Law number 5199, it is a law which is better than revisions of 2014. From torturing an animal to doing experiments on animals without permission all are considered crime. As a result of that, these started to have criminal sanctions in the law. But, on the other hand, there are some subjects that the law predicts. In those subjects, the fact that animals with strong jawsor which are over a particular weight cannot freely wander on the streets is mentioned.” 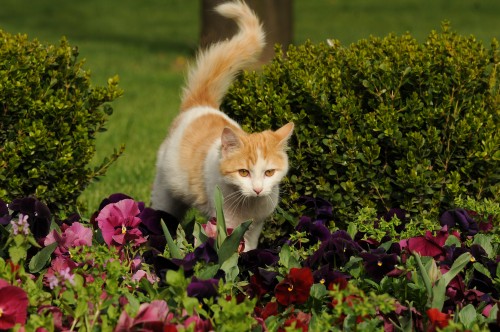 “Pets should be taken to be controlled by Vets Regularly”

Assoc. Dr. Yıldırım talked about “animal care at home” and emphasized the importance of hygiene. Assoc. Dr. Yıldırım said, “Especially dogs need to be taken for a walk. Because if the yare stuck at home, they can become depressive. If you are a dog owner, you should take them for a walk twice a day in the morning and in the evening at least twice and for half an hour. These animals should definitely receive vet controls and their feeding should be taken care of.”

“There is an Infection Risk between Animals andHumans”

Assoc. Dr. Yıldırım explained that another important topic about feeding animals at home is the common infections between animals and humans and he later added, “There are some infections such as rabies, tuberculosis, cysthydatid that can be transferred from animals to humans. Researches made recently showed that humans can transfer infections to animals and weare a risk for them too. Apart from these, there are some diseases that animals transfer to one another. For dogs, bloody diarrhea, canine distemper and cat canine distemper etc. Especially for young animals, these can be fatal. Vaccines for these diseases and anti-parasitic protective treatments should be applied regularly.”