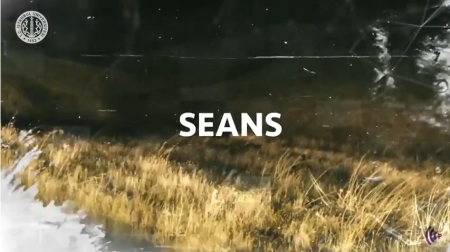 During the filming of Seans, Mengenli said, “Technically we learn the virtual studio better. Our friends also learn how to make greenbox shots, how the movie program is edited. We also follow weekly films for content. We do work that we love, after all. We are in this department and it is easier to do something about your own department, we are more willing about it. ”

“We are trying to evaluate IUWEBTV in the best possible way”

The host of the program Ayşenaz Çubukçu, 2nd grade student at the Radio Television Cinema Department of Communication Faculty at Istanbul University, gave information about the program. “Seans is a sincere program where the audience can learn about films coming to the theaters in that week which doesn’t take too much time to watch and can be watched without being bored. As a result, the audience is informed about the films and, being directed to going to the cinema and watch the movie according to their interest”.

As a cinema-television student, Çubukçu added that it is pleasant to work in a cinema-based program. She added: “As a host, I can say the following: I wanted to be on a program that I talked about films. Because there’s nothing more excited for me to talking about. So Seans is a great chance for me. It is a very good experience to write and present text about the subject you want. We know that the program prepares us for the sector. We are trying to evaluate it best when there is a possibility like IUWEBTV. ” 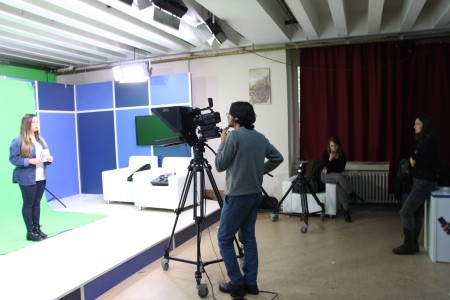 “I take more than I give”

Aleyna Zaim, 2nd grade student at the Radio Television Cinema Department of Communication Faculty at Istanbul University and scripter, said, “We are making a vision program and to me it has a content that appealing to everyone, introduces the films with brief information, and a program that may answer the question “I’m free. What should I do today?”. It is a great feeling for me to be able to take part in a project about cinema which is my great pleasure when I speak my own words. This program was something that I took more than I gave to it for me” she said.