Talking about the idea of blending miniature and graphic design, Dumlupınar University Graphic Design graduate Murat Palta says “We can say that the idea came out of chats between me and my brother. After watching Star Wars with my brother, we thought about how it would be like if this movie would take place during Ottoman period” and then they decided to realize this idea. Palta says he picked this subject which unites miniature and digital space, as a graduation project after receiving nice feedbacks from social media.

“I had to pick a subject for my thesis. Not only we had to do something certain but also we had to indicate a problem. It should have removed the problem” Palta says that problem of the subject was that miniature is still perceived the way it was produced early on. From the time when content of miniature came out, it did not change a lot. Palta adds: “I wanted to digress this common situation. My department was graphic design. Graphic Design is a communication actually. A third person is always necessary in graphic design. In miniature, third person is generally the people who is close to eastern culture. People who are interested in this kind of arts. This was not interesting for people apart from them actually I also wanted to change this.” 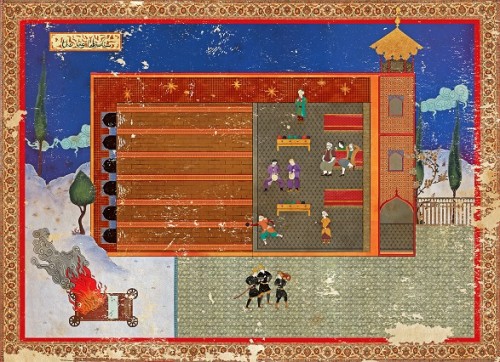 During the time of thesis, when he offered the subject to his professors, first he wasn’t understood, Palta says. He says that they asked him why he wanted to do this subject and combination of miniature and graphic design was irrelevant for them. “The subject I chose for my thesis was accepted by professors later on. But this time, they suggested me to work on Turkish movies” Palta says while expressing the difficulty of this period. He says that professors remunerated him when they saw the result of his work. 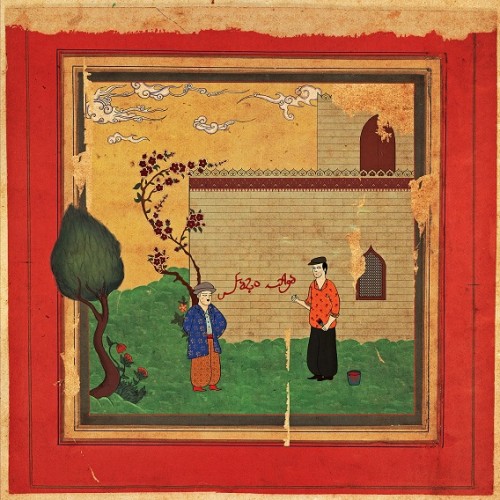 Murat Palta Talks About Process of His Works

Working on scenes of selected movies from Turkish and Global Cinema, Palta says he received help from his friends who is interested in cinema but only as a suggestion not to contribute to the content. Expressing that he first started on paper, Palta says that it was completed on digital media after embroidery, sketching of characters and scenes were made. Stating that he chose the scenes by looking at suggestions on his own, Palta says “My choices were not arbitrary. All of them were my favourite movies. Also there should have been some certain features; involvement of west culture and features which can be adapted to eastern culture. For instance, drawing ‘Yoda’ in Star Wars like Hodja in east culture. Thesis should have this kind of references.” 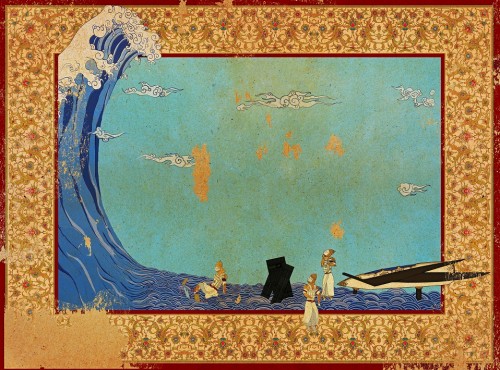 Saying that working on famous movies, Palta says that he chose this way so that “At first sight, viewer think it is an average miniature. When people look closer, they can understand which move is. In a way, even people who are uninterested in movies can guess.” Opening his first personal exhibition “Tasvir- I Beyazperde” (Depiction of Silver Screen) not long ago, Murat Palta says he got nice feedbacks and he is happy about it. His works also exhibited in other countries. Palta says “My works exhibited abroad took place in collective exhibitions. Like festivals. For instance I joined Algeria Miniature Festival” by implying that his first personal exhibition was actually in Italy. Saying that he works on new projects and he deals with preparatory work these days, Palta says that he plans to work with not only miniature and cinema but also other traditional Turkish arts. 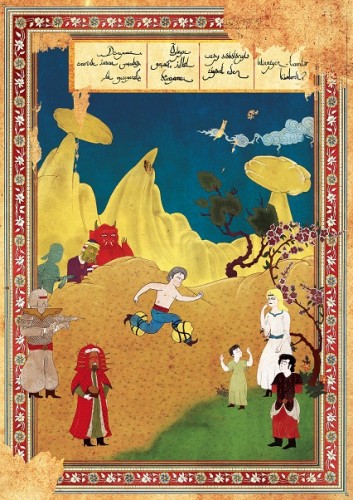