In the concert held in IU Congress and Culture Center, VGMO performed a lot of songs belonging to world wide famous video games like Nerevar Rising from Elder Scrolls III: Morrowind and Echoes of The Past from Warcraft series. After Orchestra which was directed by Umut Sulubucak, TMO took the stage and played Chief Buğra Kadir Arıkan’s songs which were composed for his written stories and they also performed some songs from famous films like Game Of Thrones.

There are two students from IU in orchestra. Elif Bilgiç who is from IU Faculty of, Jornalism Department Communication plays violin and Reşad Çiçek who is from Faculty of Law plays çello. Bilgiç, expressed her feelings saying: “I made nice friends from both orchestras which I have learned lots of things about violin, notes and orchestra morals. We experienced the stage together. We are pieces of an entire. When one of us makes a mistake, we fix it together. Even if we cannot fix it we fail together as well. I am very happy to be a part of this family.” 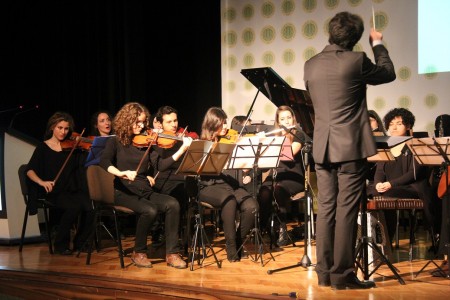 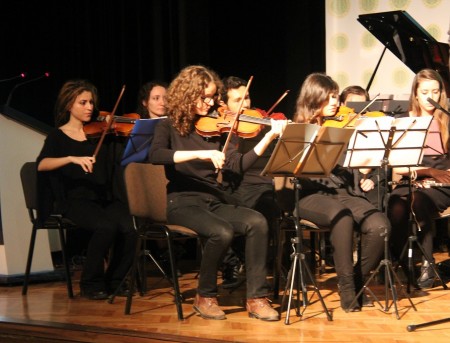