In the first session of the conference, Erkin Aydemir LGBTI (Lesbian Gay Bisexual Trans Intersex) made a presentation “Basic Concepts and Short History of LGBTI”. Drawing the attention to the bringing LGBTI matter up to agenda in the universities, Aydemir touched upon basic concepts, homosexuality, bodily identity, sexual orientation and gender role in his presentation.

Identifying gender role, Aydemir said that “Cloth, style, haircut, gesture and mimic, childhood games, professions, expressions and ways of intercourse plays important role in creation of gender” and stated that LGBTI started in Turkey in western sense in 90’s before that LGBTI rights are spoken and discussed since 70’s. He said that in 1988 regulations about change of sex in Civil Law were made. 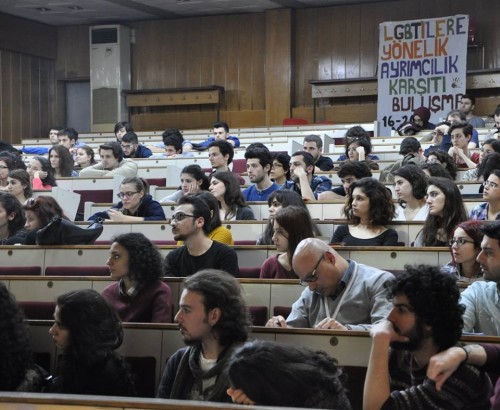