IUWEBTV which started its broadcasting life in 2014 and developed itself every year with lots of projects, gives sign to a lot of new projects different from each other especially after virtual studio joined the system.

Besides being Istanbul University Faculty of Communication’s one of the practice units and visual face, IUWEBTV helps students to have practical and team work and learn working discipline.

At the 2016 – 2017 academic year there were different projects about sports, music, culture and arts and student projects. IUWEBTV is preparing new types of programmes with virtual studio system in the new season.

“IUWEBTV Will Be More Professional with The Virtual Studio”

The Executive Editor of IUWEBTV Prof. Dr. Ergün Yolcu said that the virtual studio was developed with the support of Prof. Dr. Mahmut Ak. He said “IUWEBTV will be more professional with the virtual studio. It will also make the processes easier. With our new investments we have better technology than satellite televisions.” Prof. Dr. Yolcu said that the innovations were making students exciting, students were also demand to make programs and continued “IUWEBTV is shown not only in the internet but also in all the televisions in the Faculty of Communication, we want to have this in all faculties. It is important that the broadcasts are encoded in foreign languages so that they can be watched not only in our country but also abroad.” He also said that there are educations for students which are theoretical to learn and see things which prepare students for the graduation. 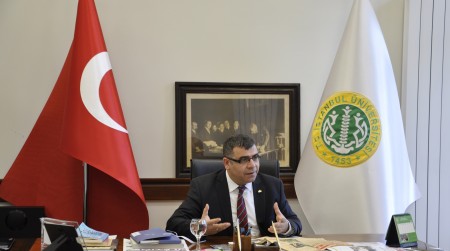 “IUWEBTV is a Bridge Between Public and University”

The Publishing Coordinator Asst. Prof. Dr. Ümit Sarı mentioned the purpose of the establishment of IUWEBTV and said that his purpose was to develop a platform which students can follow closely. He said that his wish was to have students and lecturer in the same system.

Asst. Prof. Dr. Ümit Sarı said “I think that we have after the result of successful work a high participation. IUWEBTV transfers scientific, academic and cultural developments to public. In other words,  IUWEBTV a bridge between public and university.” Asst Prof. Sarı said that they strength the background of IUWEBTV and mentioned that the students can develop their own personal format, along with they can use the advantages of web broadcasting and reach large mass and have contribution to their own portfolio. 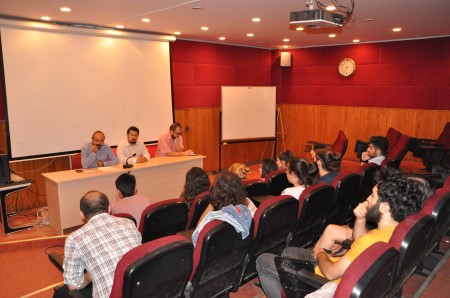 “Every Year We Grow Up and Develop”

The Technical Director Asst. Prof. Dr. Onur Akyol said that in the academic year of 2016-2017 they worked like a domestic television and made programs with students and lecturer. Asst. Prof. Dr. Akyol said “We had good programs and had good guests. In past we searched for guests but now they are calling us to come here. To increase our quality, we add our virtual studio with support of the rectorship and the directorate of press and public relations. With the virtual studio the visual quality will increase.”

Asst. Prof. Dr. Akyol stated that the visual quality will increase with the virtual studio, he also mentioned that the contents was increased with the contribution of Asst. Prof. Dr. Mesut Aytekin and continued his words; “This period we will be more developed with our technology. We develop every year and give options to our students. IUWEBTV will progress their programs with actual technologies and I wait more motivation from students for IUWEBTV. 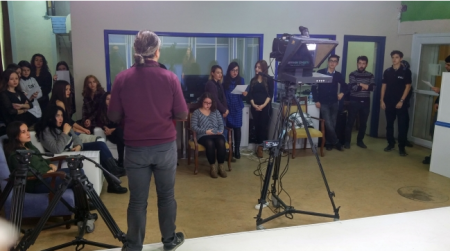 “Our Programs Will Diversifying and Increase”

The Content Director Asst. Prof. Dr. Mesut Aytekin expressed that they have a content a technical infrastructure since two years and remarked that IUWEBTV increases and proceed on it’s way with the effort of students and lecturer. He said “With the accumulation of knowledge of İstanbul University we try to make programs which are academic, young, elite and suitable to the epoch, our students are avid and zealous, they try to produce. With IUWEBTV we are opening the doors also for the students of other faculties. Our family grows up. In this context we try to make qualified and rich programs. I believe that we can with the support of our coordinator lecturers instance projects we are join different contests and represent our faculty.” 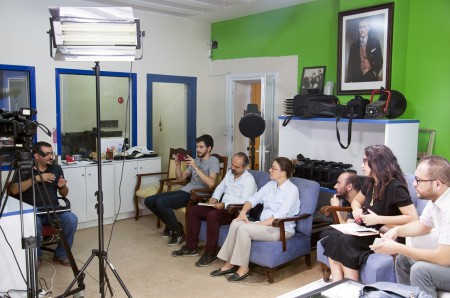 Different Kinds of Programmes on İÜWEBTV

With the new broadcast schedule, IUWEBTV will be showing 15 programmes. There will be variety with some student, graduation and internship projects. IUWEBTV prepares for its special projects. We can take a look at IUWEBTV’s outstanding programmes;

Our Cinema; hosts Istanbul University’s young film makers. The programme is featured 9 episodes and the coordinator of the programme is Res. Asst. Zuhal Akmeşe.

Music at Campus; has Istanbul University members who are interested in music, plays an instrument, sings song as a guest. Music at Campus is featured 7 episodes and the coordinator of the programme is Res. Asst. Seda Kandemir.

Club Time; introduces İstanbul University’s school clubs and shows their activities and events. The programme is featured 8 episodes and its coordinator is Res. Asst. Kemal Deniz.

Seventh Art; is a programme that experts from both academia and industry come to our university joins an interview about cinema. Res. Asst. Atacan Şimşek is the coordinator of the programme. Seventh Art is featured 5 episodes on IUWEBTV.

Campus Sport; is a programme that is about a different sport branch in every episode. The programme whose coordinator is Res. Asst. Yunus Emre Ökmen, is featured 8 episodes. In every episode, there is an entrance to a specific sport and it continues with interview with our university’s sportsman and sportswoman who is interested in this sport and has a story.

In IUWEBTV some programmes whose coordinators are students were also shot. Tribune Sport which is featured 6 episodes, welcomes people from football world and they evaluate football agenda. Students from Radio, TV and Cinema Department Uğur Yapıcı and Caner Bakır prepare and present the programme. Our Children is also a different programme which is about graduates from İU interested in with another field and opened themselves a new way. Media Talks is another programme in which specialists from different fiels in media come and talk about their job.

More than 50 students took part in the programs. Students who have taken part in the programs have had the opportunity to familiarize themselves with studios and equipment as they learn how to make and run a program in stages. In addition, the teams were given camera, editing and light trainings. Students gain the opportunity to learn a program’s preparation, shooting and post-shooting phases. At the same time, they discovered the difficulties of working as a team and were aware of the team spirit’s main concern in television.

IUWEBTV broadcasted a live program for the first time last year. The Futbolig programme, which was broadcasted on the IUWEBTV screens and was a student program, realized the first live broadcast of the 2017 period on 15 February at the IU Communication Faculty Television Studios.

IUWEBTV also gave importance to in-house training last year. In this context, “IUWEBTV Presentation Workshop” was held between February 24 and May 5. Workshop students corrected diction errors by exercising to enhance their oratory skills.

By exploring ways to control their excitement in front of the camera and the community, they have the opportunity to experience the changing aspects of the presentation practice in different types of television programs. They also had the chance to apply what they learned in their programs at IUWEBTV.