The protocol was signed by Rector of Istanbul University Prof. Dr. Mahmut Ak and General Director of Turkish Airlines Assoc. Asst. Dr. Temel Kotil. With this protocol, to consider pilot candidates and active pilots’ psychometry and other considerations it will be taken advantage of Istanbul University’s knowledge and experience accumulation. To develop aeronautics and space, both institutions’ knowledge and experiences are going to be transferred one and another. Within protocol, also it is aimed to open master’s degree and doctor’s degree programs in aviation and airlines business. Also in choice and development of human resource it is aimed to provide innovator systems.

Rector of IU Prof. Dr. Mahmut Ak, who made a speech in signing ceremony of the protocol said that Istanbul University has signed one of the most important protocols with Turkish Airlines and they need these type of colloborations. In the direction of Turkey’s on coming targets there is brand companies’ and instutions’ coalition. Also he remarked to the importance of university- industry collaboration.

Saying that Istanbul University is a brand in Turkey, Prof. Dr. Mahmut Ak continued: “This collaboration will be an association which creates added value. I believe that the anticipated benefit will be at the highest level. This protocol will bring the practices that will carry our country’s aims forward. I would like to thank our General Manager Asst. Dr. Temel Kotil who made the grounds for this collaboration and also those who contributed.”

“Turkish Psychologists Will Make the Tests”

Explaining the content of the protocol, THY General Manager Asst. Dr. Temel Kotilsaid: “We had 640 pilots in 2003, and we now have approximately 5000 pilots. There are strict tests to be passed in order to be successful in flying schools. Considering our current test system, one-tenth of graduates who also have advanced level of English can pass the tests and be a part of the process. Therefore they have to be psychologically strong.”Asst. Dr. Kotil ended his speech saying: “From now on Turkish psychologists will develop and perform these tests. With this agreement ,our country will have the modern talents who can accomplish this task.” 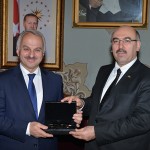 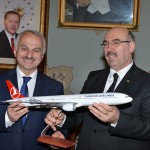 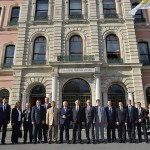 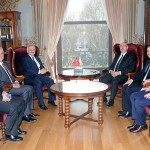