The historian Prof. Dr. Yakov Rabkin from the Canada Montreal University gave a lecture at İstanbul University about repositioning of the Israel left to right in the world on December 17.

He talked about his book (Jewish opposition to Zionism) at an event organized by the department of political science and international relationships on campus of Gülhane.

He said that his book includes the topics like relationship between religion and politics, the understanding of justice and peace against Zionism in Torah, Jewish nationalism mixed with Judaism, hostile attitudes of Zionists towards the Judaism, the issue of Palestine, Zionist struggle against the Jewish people to present themselves as complete and contrast between Judaism and Zionism. 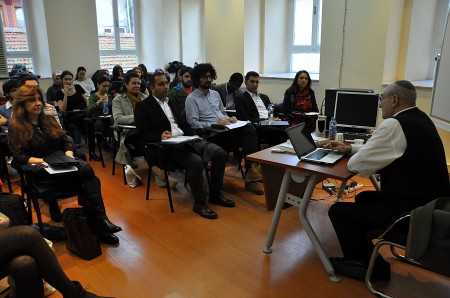 A New Language And A New Land…

‘’ Zionism was a political movement that started in the center of Europe in Vienna and then organized in Switzerland’s small town Basel ‘’ said Prof. Dr. Yakov and told that Zionism was a nationalist movement.

He mentioned that the first support for establishment of Israel came from the Russian empire and the idea of being a rightist started in there and continued:

“Bringing Socialism and Zionism in a practical way, (Kibbutzim) settlements were established. Kibbutzim was predominantly socialist movement, what they want to make was to establish a new socialist state in Palestine.’’

Prof. Dr. Yakov Rabkin, “it was obvious that the main goal of Zionism; to turn a group of people whose one common aspect was to be belonged the same religion, speaking different languages and living all around the world in a secular nation from a wide range of by creating a new language, a new land, , and, “he said.

Prof. Dr. Rabkin talked about Israel’s admirable position around the world in terms of security measures. 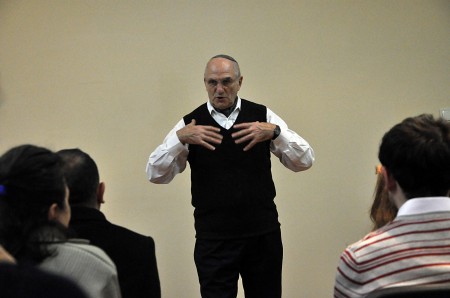