Veysel Yılmaz, gold foil master from veteran tradesmen of Horhor Antiques Bazaar, emphasized that value of the antiques changes according to its date and production place. He said: “We should separate antiques from old objects. People think that their 30- 40 years old object is antique and tries to sell it. Age of an object can be determined with some technological facilities but also thanks to experience and visual quality. For this reason, of course we need to know about visual arts. A particular segment of society knows what antique is, understands the antique and act according to it.” 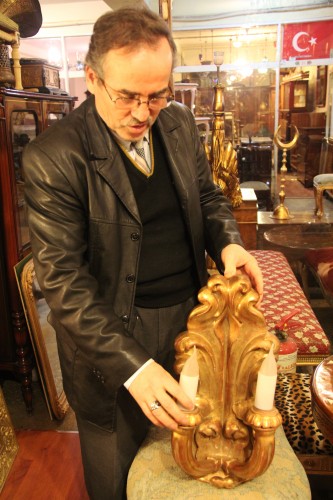 Another tradesman from the bazaar, Walter Koch, 62 years old German antiquarian is married to a Turkish woman and maintain this profession which was also profession of his father-in-law at the bazaar in Horhor, Aksaray. Saying that antiques can be named after their date and production place, Koch “Antiques used to be cheap. Only non-Muslim people would use it. Turks would not know their value. We witness stories of people who does not know about the value of their objects and give it to junk dealer in exchange of latch. People are not aware of the value of their work of arts and antiques. 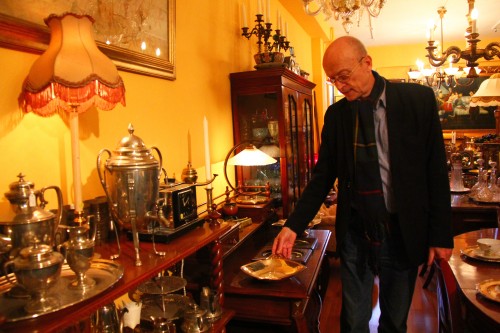 “I Brought It to Its Native Land”

Koch collects Ottoman tin soldiers from all around the world and exhibit in his store. Every one of the samples from every status of the palace and the army from sultans to vizier, from janissary to gunners, is a work of fine craftsmanship.
Koch tells how he collected the soldiers: “I have a brother-in-law. He picks up English and French soldiers. These tin soldiers are much anticipated in Germany and England. My brother in law has 5 thousand French soldier right now. I asked him if he has soldiers from Ottoman army. He said that he get sometimes though rarely these tin soldiers. I wanted him to collect them for me because they belong to this land. Turks have a saying that “Taş yerinde ağırdır” (A person’s true worth is appreciated by those who know him well). So I brought them to their native land. I wanted to make Ottoman live here. If I’d find an Ottoman painting, I’d bring it here.

Saying that he collected different places from different tin soldiers, Koch said “Sometimes I find 20 pieces sometimes 50. Sometimes we find it in countries we visit sometimes we procure online. In this way, I created Ottoman army of 500 soldiers by picking in 6 years. When they looks at them, most people think that these tin soldiers are new but they are not. Some 50 years old some 100 years old works of art. Their production is also hard. They are coloured with tiny little brushes. So these need an fine craftsmanship.” 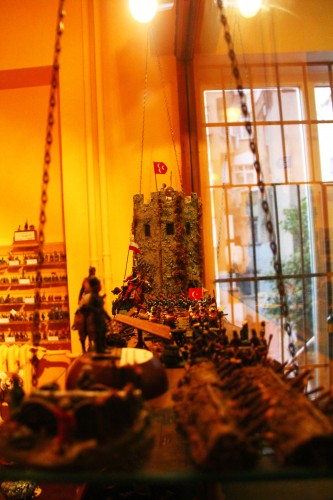 As well as individual customers, companies are also interested in tin soldiers. Some schools and municipalities who know about the soldiers knocked Walter Koch’s door. Koch says that he is happy with it and adds: “These are historical values. Ottoman values and people who live here should be aware of these. Interest of the schools and municipalities is very beautiful. They think of making a showcase and exhibit in it. We are in touch about the subject. Celebrities are also interested and they buy it. For instance Ozan Güven bought 45 janissaries from me.