In this workshop, the issues; as if the social states of old people, ideas of their own lives and the difficulties they have within the frame of city life, were discussed. In this session Assistant Professor Murat Şentürk made a presentation called “Metropolde Yaşlanmak: İstanbul Örneği”( Elderly in the Metropolis: The Example of İstanbul). 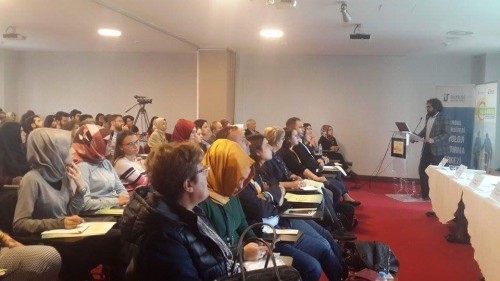 Assistant Professor Şentürk highlighted that old people and their children prefer living besides each other because grandmothers and grandfathers look after their grandchildren. On the other hand, he emphasized that the socioeconomic level is an important factor in the lives of old people. From the center of the city to the suburbian parts of it, this socioeconomic level varies. Thus, it is difficult to live only by a retirement salary. 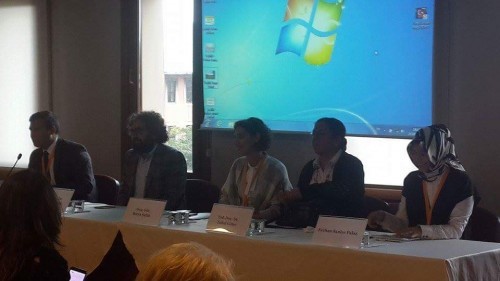 Ass. Prof. Şentürk discussed about the difficulties old people have. He indicated that going to a bank or a doctor, using transportation systems and climbing up stairs are completely problematic tasks for old people.

The program is concluded after discussions and questions about the major topic of the workshop.