One of the team captains, Oytun Mertol (24) finished İstanbul Technical University (ITU), Department of Meteorology Engineering and now he studies for a master degree again at ITU. As for Çağdaş Ocak (24), he completed Istanbul Technıcal Unıversity Department of Telecommunication Engineering. Now he works in the R&D department in a private company.

-Recently a brand new sense of entertainment has started to breed in İstanbul night life. Number of people who knows about Pub Crawlerz increasing especially the number of youth. Firstly, what is Pub Crawlerz and how did you come up with the idea of Pub Crawlerz?
Oytun Mertol: Pub Crawl mean ‘bar tour’ in Turkish. Generally event takes place in cities of Europe and lasts 4-5 hours. Newcomers to that city, tourists who wants to discover various bars in a night, and locals who speaks English come together. They split into teams in the leadership of various team captains. Every team goes to different bars and team captain makes them play different games. Also teams have different tasks and points are counted at the end of the night. One of the teams wins and our job ends when we pass to the last bar. Here if they want, they dance until morning.
Before going to Holland in February 2012 with Erasmus, I did not actually know what Pub Crawl is. At the school I went, Erasmus Student Network which gathers exchange students, organized a Pub Crawl event. I had thought it would be great if it was in Turkey. We made a move to make Pub Crawl happen in İstanbul with Çağdaş and we held our first event on October 30, 2013. 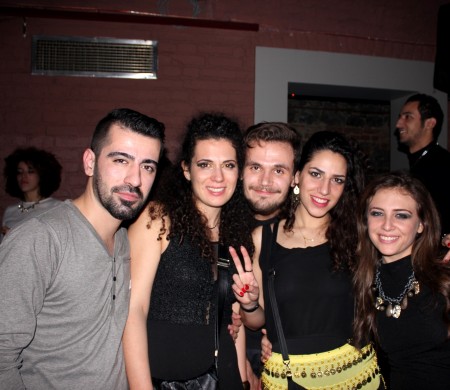 [Every game is played in English at the event. Many games are played such as Get To Know Game, Tongue Twister, Rock-Scissors-Paper, Truth Or Dare, Teddy Bear. As for Oytun Mertol, the funniest game is making them find which bar to go.] 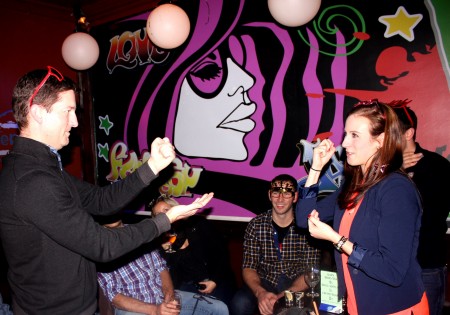 -What are the feedbacks from the participants, are they pleased? If they are displeased, do they tell you their displeasure and what is generally the reason of displeasure?
Oytun Mertol: We almost never had a negative feedback. Sometimes we get little advises and criticism, we definitely listen to them. If I recollect correctly, a group of Australian joined to Pub Crawl last May. There were 1-2 people except for their group and one of the girls in their group said she did not like the games and there are no games at the Pub Crawl in Australia and the only goal is to see the bars. Whatever happens, we cannot please everyone 100 percent and there will be people who do not like. Our goal is to keep the number of them low and make all the participants advise their friends who plan to come to İstanbul, Pub Crawlerz İstanbul when they go back.

-As Pub Crawlerz, what other kind of events do you organize?
Oytun Mertol: We organize Running Dinner twice a year. In this event, there are generally 5 central district such as Kadıköy, Taksim, Osmanbey, Mecdiyeköy and Beşiktaş. In every district, there are 3 hosts and 3 guests. Host team prepares a meal and there are appetizer,main dish and dessert in the menu. Since host teams prepare the meal guest teams bring the beverages. Beside Running Dinner, we also celebrated Ireland’s famous Saint Patrick’s Day on March 17. 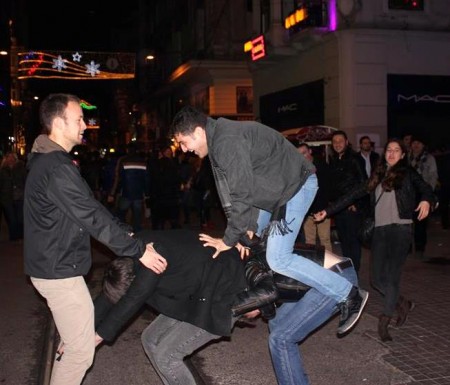 -What about your future goals regarding Pub Crawlerz?
Çağdaş Ocak: I believe Pub Crawlerz is a revolution in İstanbul nightlife. We can say that it’s a brand new alternative for the settled night life. We offer to feel the pulse of the night by going to 4-5 different venues. Crown it all, we guarantee original entertainment. Later on, we would like open branches in other cities of the world. At the same time, we think about organizing Pub Crawl Festival in cooperation with other Pub Crawls in various cities.

What to do to join Pub Crawl?
There are leaflets in many hostels in Taksim and contractual bars. www.pubcrawlerz.com is actually the source reached most. Pub Crawl also have Facebook, Twitter and Instagram pages. With sharings and announcements from these, not only tourists but also Erasmus students and people who live in İstanbul for a long time are reached. To join the event, entering www.pubcrawlerz.com and enrolling for tonight’s party is enough. But Pub Crawl is only Thursday, Friday and Saturday. So you can enrol for these three nights. Then be in front of Burger King in Taksim Square at 21.00. Çağdaş Ocak or Oytun Mertol will be there waving the Pub Crawlerz flag. 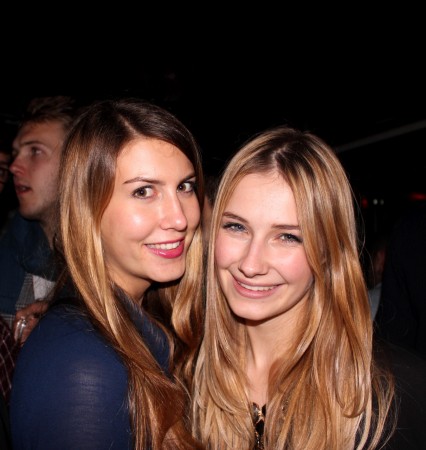