Trending
You are at:Home»English»Coetzer: “The Central Role Students Play at the Symposium is a Message I am Going to Carry”

Dr. Jon Hans Coetzer from Glion Institute Of Higher Education commented on the “International New Media Symposium From Past To The Future” which organized by Istanbul University in cooperation with TRT (Turkish Radio And Television Corporation) with the attendance of academics from various countries. Dr. Coetzer began his words by saying “I have been very happy to be playing a part of this symposium for two reasons. Firstly, the topic of the symposium was extremely topical. Everywhere we see the new generation of the media. And we as journalists and as communicators have a fundamental responsibility to inform the public. We should give them the information as accurately as possible.” As the second reason of why this syposium was so important to him Dr. Coetzer commented “ The quality of the engagement and the central role that students play at the symposium was also for me really something that I am going to take back and that’s a message I am going to carry to the other conferances I attend.” Mentioning that it is not about the professors it is about the students Dr. Coetzer added “I think that is something I learn from the communication and journalism department which I value very much.”

Dr. Coetzer contiuned his words by saying “Turkey has embraced me as a partner and my fundamental responsibility is to testify what I observed. And what I can say is the diversity of the debate and an engagement that I seen from the students. It is such a gift.”
Stating that every single expression that have been shared with him was very objective and very positive about the future Dr. Coetzer said “What I can say about the University of Istanbul is this objectivity is very rewarding.”,

Dr. Coetzer made statements on new media and the developments through it as he also mentioned in the symposium and said “In our time, you see how quickly you can get followers, likes and dislikes. We see more and more hyperconnectivity in individuals that are not neccessarily looking at traditional media. And Turkey is extremly fortunate with the activity of the young generation.” He continued that the fact that the trust is the fundamental value for society and added “That is the message I got from the students. I know and I have full confidence in students. He stated “Be it traditional media, be it social media one of the most important things is trust.”

As we asked him about the developments in new media and the positive and negative effects and conscequences of these developments such as the contents that can be produced by individuals and can be fed from any kind of sources Dr. Coetzer answered “It depends where you stand and how you define too much or two little. It is important that we have an understandable code of ethics. That code of ethics that is specific for each country, each region. But it is about the fundamental respect towards human beings.” Stating that we may not share the same religion, we may not embrace the same political opinion what is important is to respect one another Dr. Coetzer continued “We have a responsibility as journalists and communicators to use the language of reasoning to educate general public about the change.”
Dr. Coetzer concluded his sentences by saying “As future journalists I am perfectly confident that the students I have met, the students I have engaged.” 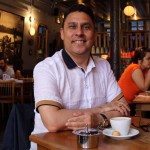 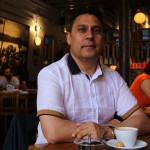 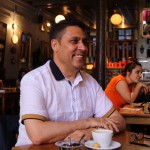 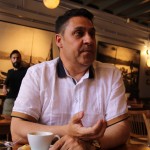 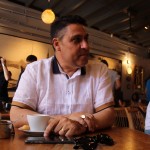 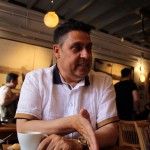 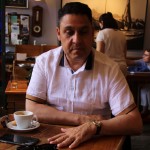 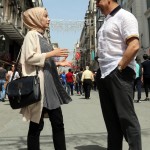 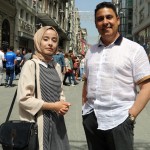 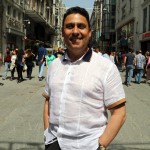