Nuri Alço who fell into disrepute with bad guy roles, said that the vintage car which he got into for sightsee tour was used in Yeşilçam films before. Alço, “It is a flashback to many years ago. This is kind of our festival. All Yeşilçam is here, just like festival. We live old Istanbul here, the cars which we used in films are still durable.”

Yılmaz Köksal who has always been a indispensable performer of Cüneyt Arkın films, “It is amazing to be in this event. Even we cannot come together easily. There are some friends that we meet but we could not be all together. We worked hard for cinema so much. We are very proud in the 100th years of it. We have done very good things.”

Yeşilçam actors who came together after a long time, cut the cake in favor of the 100th years. In the event, the film which was directed by Metin Erksan in 1963, ‘Susuz Yaz’s unforgettable actor Erol Taş was memorialized. 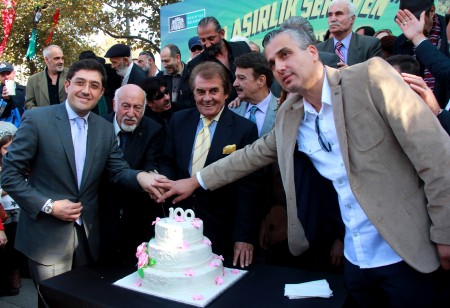 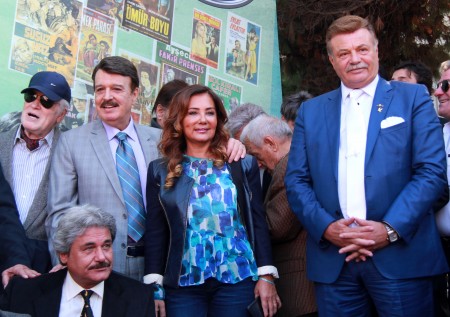 More photos are available in the link.