IU Department of Ancient History Faculty Member Assoc. Prof. Erkan Konyar attended as a speaker to the conference on 25th December at Eurasia Institute. Konyar talked about the archaeological expeditions in the city of Van.

Asserting that the expedition which was initiated by IU at Van tumulus in 2010, is one the biggest excavations in Turkey, Konyar showed samples from the restoration work. Saying that “The biggest contribution of Urartu is architecture”, Konyar drew attention to what Urartian had done in this field. He mentioned that the reason why the original texture of Urartu cannot be seen is misguided restoration work. 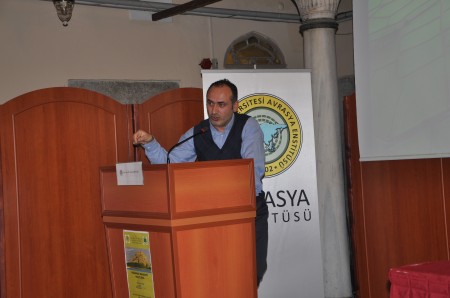 Saying that prominent with their mastership in masonry, Urartians’ unfinished projects are explored, Konyar talked about that Van Castle lost its martial identity when it was announced as historical site by Ottoman Empire in 1912. He emphasized that documentation has not been done for 100 years in Urartu studies which started 200 years ago and they handled it as whole for the first time as IU.

Telling about controversial issues in Urartu archaeology and history, Konyar said: “Urartians are known as King of the mountains but actually they had lived in lowlands.” Emphasizing that the aim of Urartu excavation is to reveal Urartu civil architecture, Konyar said: “We know about the Kings, it was important to see how the public lived and the urban fabric archaeologically.” 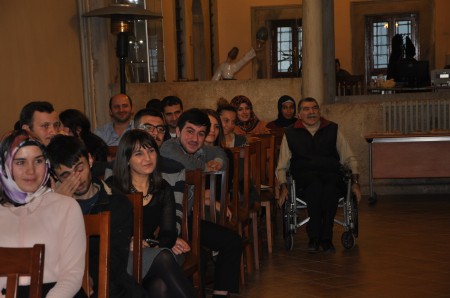 After the presentation which ended with showcase of the findings from the excavations, Konyar answered the questions. Konyar was presented with certificate of participation by Prof. Dr. Ali Arslan. 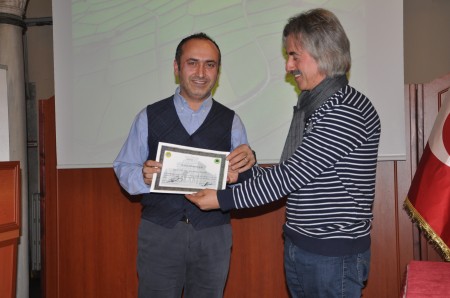