In Syria where he went for news on November 2013, kidnapped by ISIS and held hostage for 40 days, Bünyamin Aygün shared what he lived and his experiences with İstanbul University students and participants. Stating that his biggest mistake in Syria was wearing clothes which revealed his journalist identity, Aygün said “I shouldn’t have drawn attention. And ISIS did not forgive this.” Talking about the importance of affiliating with locals and being accepted, Aygün said “I fasted during Ramadan, performed prayer. I became sincere with them and made them trust me.”

My Biggest Fear Is Not To Fear

Speaking about captivity days as if he lived again and again, Bünyamin Aygün “I am very sad about being the subject of news.” Stating that any journalists would not want to be famous in this way, Aygün said that his biggest fear is not to fear. Underlining the fact that bravery against bullet is ridiculous, experienced journalist said that he guaranteed that he would not be hurt as long as he is Muslim. Saying that he was kept sometimes in a woodbin of a house sometimes in a cottage, Bünyamin Aygün said that “They were making target practices to the wall of our cottage. I thought maybe these practices were for our execution.”

Speaking about his resentment by saying that in the time of captivity “I wish I would not get out of car, wander around that street”, Aygün said that “I believe in destiny. That was my destiny, I would live it.” Sharing his experiences with young journalists, Bünyamin Aygün gave the good news about Journalists Federation. Stating that there are 7000 unemployed journalist, Aygün said “In the next years, to prevent this increase, the federation will take some steps.” 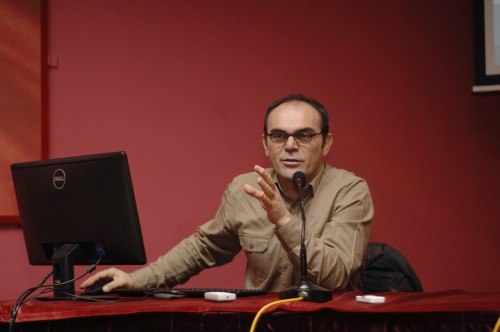 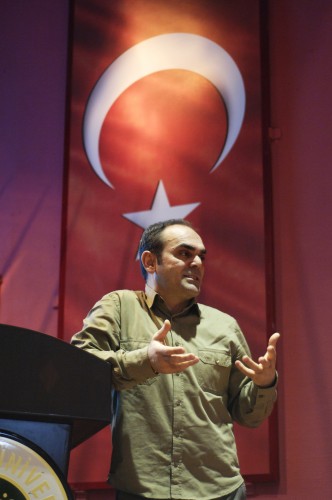