IBAC( International Balkan Annual Conference) started by Rector of Istanbul University, Prof. Dr Yunus Söylet was held firstly in May 2011 and in Skopje which is the capital of Macedonia. Second Conference whose theme was about ‘’ Balkans in Process of Transition: Evaluation Of History, Reading of Today, Imagination of Future, Globalisation and Integration’’ was held in October 2012 and in Tirana which is the capital of Albania. Third one which was about ‘’ Balkan’s Mutual History and The Multicultural Atmosphere’’ was held in October 2014 and in Sarajevo the capital of Bosnia Herzegovina.

IBAC Conference which gathers a lot of academics all around the world was arranged on 15-18 October 2014. Conference’s honorary presidency was undertaken by Rector of IU Prof. Dr. Yunus Söylet and Rector of BU Prof. Dr. Mircea Dumitru.

According to IBAC Organization Commitee President Prof. Dr. Ahmet Yeşil, purposes of the conference were to gather scholars and researchers who work with Balkans from different geographies, to raise collaboration and interaction between them, to make a platform to discuss the region in different aspects, he also said ‘’In the 4th IBAC Conference, the relations between Turkey and Romania is going to be viewed, by emphasizing possible problems about how to carry on collaborations more strongly is going to be discussed. This conference also supplies to occur more livable social-economical circumstances and sustainable peace of region.’’

In the conference, primarily ‘’History, Politics and Bilateral Relations, International Relations and Diplomacy, Culture, Education and Religion, Economical Relations, Language and Literature, Urbanization, Turkish Promoters in Romania’’ and lots of topics were evaluated.
General Secretary of TDBB(Union Of Turkish World Municipalities) Dr. Fahri Solak, Mayor of Bağcılar Lokman Çağırıcı and Mayor of Zeytinburnu Murat Aydın attended this conference that not only contributes to scientific activities but also contributes to improve relations between Turkish people and relative societies. Council of TDBB visited to the municipalities in Dobruca which Turkish population is intensive and together with meeting several NGO(non-governmental organization)

The conference whose opening occured on 15 October Wednesday at Aula Mahna Saloon in BU, continued with scientific sessions with the participation of more than 60 scientists.

More information about the conference is available in the link http://ibac.istanbul.edu.tr/ 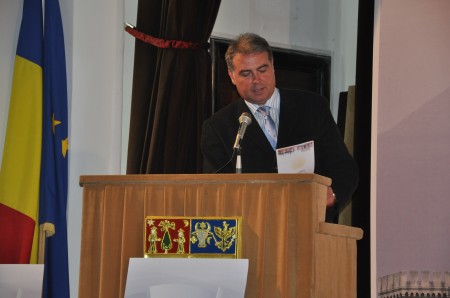 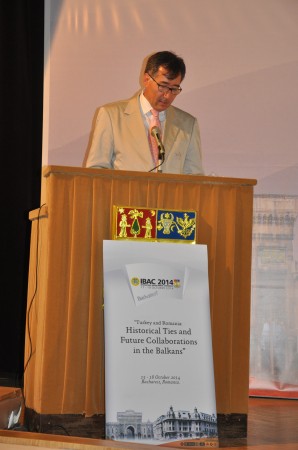