The interview, held with the contributions of IU Culture Club, started with questions about their professional secrets. ”We always believed to be together, our crew is very strong and we are extensively taking care not to disperse” Kural said. Kural stated that people are sad enough so they adopted the mission of making people laugh. The other leading actor of the serial, Cemcir explained their secret of succes “ We always think about how to make it better. These happen slowly of course but we endeavour hard to make a difference in every project of us.”

Kural and Cemcir said to students who want to start acting that if they really want this job, they have to work hard both front and behind the camera and they should never give up. Cemcir stated that some roles cannot be played without living it, in İşler Güçler the happenings were parodies that he lived through.

In the interview went on with lots of laugh, two friends’ characters in serials and film were discussed. Interview came to an end with Ahmet Kural singing folk song with students. 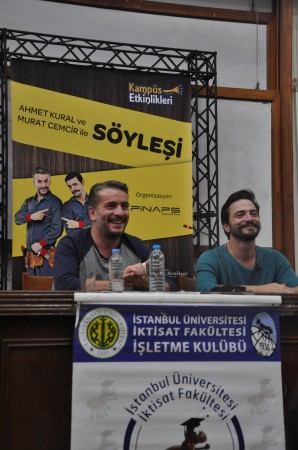 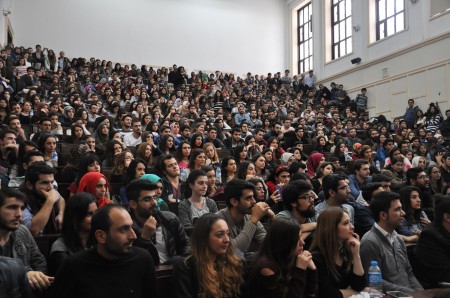