Shakespeare who has a unique place in both English literature and world literature is remembered in his 400th death anniversary with the title of “Shakespeare Lives” around the world. Shakespeare was born in Stratford-upon-Avon in 1564 and died at the same place in 1616. He influenced different layers of classes with his plays during the period of Queen Elizabeth I’s reign. With his plays, Shakespeare allured the attention of people even from the aristocratic class to working class. He performed his plays in Globe Theater which is placed next to the River Thames with his group ‘Lord Chamberlain Men’. Shakespeare gave 38 plays and 154 sonnets to the world literature. His utmost plays; “Hamlet”, “Macbeth”, “King Lear”, “Othello” and “Romeo and Juliet” has been standing in English literarture as his famous tragedies for centuries. His plays evoke great attention of people with the original texts and various kinds of adaptations. There are various kinds of adaptations, movies and musicals of his plays. One of the striking character is Hamlet who is given life by Cnbc-e’s fantastic series Dr. Who character David Tennant. These sorts of adaptations keep Shakespeare and his plays alive. Regarding this issue, we did an interview with İstanbul University Faculty of Letters English Language and Literature Department Assistant Professor Yıldız Kılıç on the subject of “Perception of Shakespeare in Contemporary World” 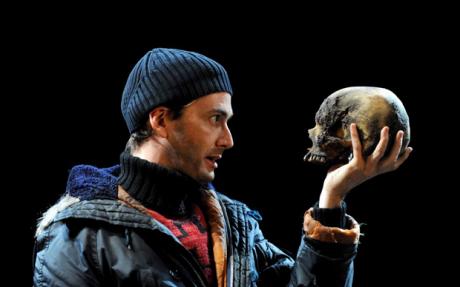 Contemporary Adaptations of his Plays

Assistant Professor Kılıç claimed that she thinks very positively for contemporary adaptations because Shakespeare is understood with today’s vision by means of these adaptations. “Shakespeare’s plays are performed with Renaissance costumes during 19th century. Due to that reason it is found remote visually. When we come to 20th century specifically with Royal Shakespeare Company the plays catch the agenda and the perspectives of the agenda. For instance; Royal Shakespeare Company’s adaptation of Richard II performing it as a mafia family is very famous. Another example is the film starred by Ethan Hawk and named “Hamlet 2000” In this version, they transfer the setting of Denmark in Hamlet to New York. These sorts of adaptations are not factoid and they stay connected with the original text. For these reasons, there is no problem making the plays familiar to contemporary world.

Assistant Professor Kılıç remarked that some people want to focus on the quotations of the plays rather than the costumes. However, there appears a handicap for those kinds of theatergoers who don’t really know the texts. Thus, giving clues by means of costumes provides a good basis for them. “Shakespeare’s plays are being performed by young artists. This enables the new generation to be aware of Shakespeare. Besides, if the original text is not changed much, actually the key points, you embrace the new generation” 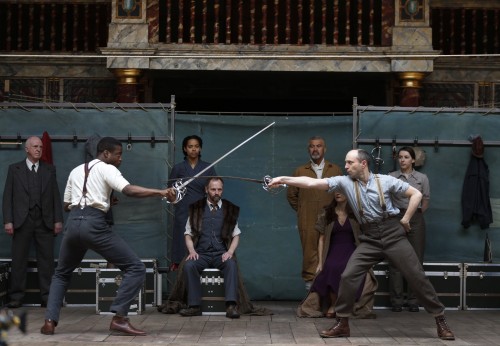 “A person who wants to read Shakespeare as an outsider of his works could read “Romeo and Juliet”, “Midsummer Night’s Dream” because they are less complicated plays compared to his historical plays. They are complicated because you need historical background knowledge in order to understand them. “Romeo and Juliet” and “Midsummer Night’s Dream” are written in his early periods during his writing career and his complicated notions were not shown up. There are some sorts of cliches in them. These plays of him don’t tire the reader” says Assistant Professor Kılıç. She emphasized reading Shakespeare’s first period plays are so much strange and a good beginning for the ones who have little knowledge in English literature.